While in California - The Ocean 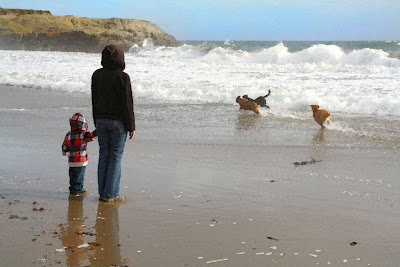 During my trip back to California, I managed to get one good day in of visiting with my best friend and her son Ian. She lives near Santa Cruz, which is a beach town and where we spent a lot of our summers on weekends while growing up as kids. The day I went to see her, it rained most of the day. However right after we had lunch! and OMG was it good, Strawberry Crapes YUM! we noticed a clearing in the clouds and the rain stopped. Well I mentioned going to the Beach to Ian and it was all over. He had his mind set that that's were we were going to go. For the 15 min's it took us to get to the beach, all he kept saying was 'beach.....beach..............beach......"
Well after we got to West Cliff Drive, we quickly found a parking spot and headed down to one of the beaches that do allow dogs. And then I took some pictures. I had also took a few pictures from inside their home while he was looking out the window covered in rain drops. Here are just a few.
. 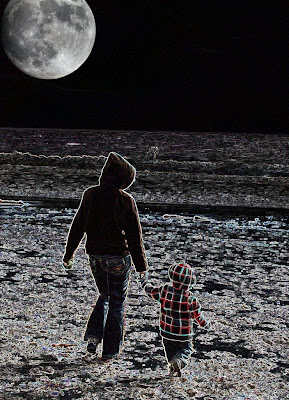 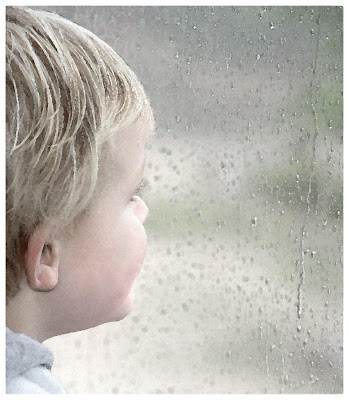 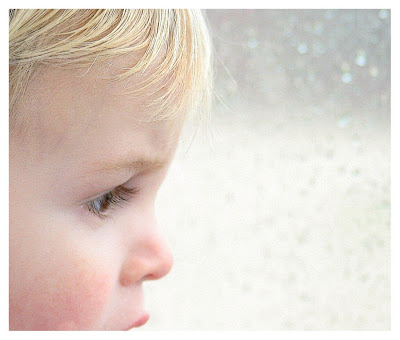 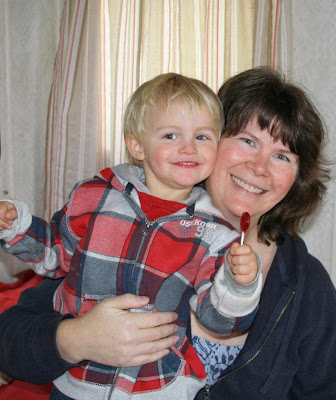 I can't believe how intricate and detailed a snowflake is. I am not sure why I got a bug up my butt to photograph snowflakes, but I did. And now I feel addicted. I want it to be colder out and snow some more, so I can go take more! This mornings conditions were perfect at 10 degrees and still air. After the first set of pictures that I took (those which were best shown here) I went out again to see if I could get even better shots. Well it had warmed up to 20 degrees and the sun started to peak. And with that came a bit of melting of the crystalline formations.
. 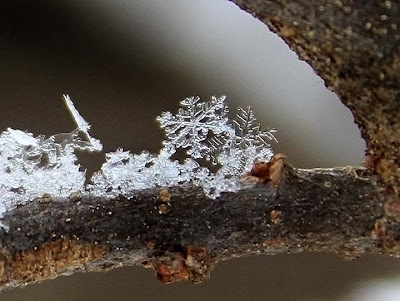 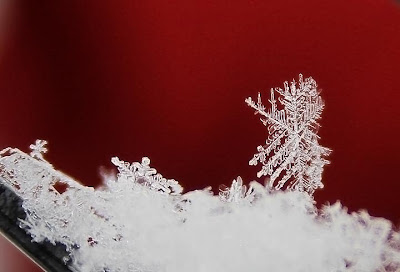 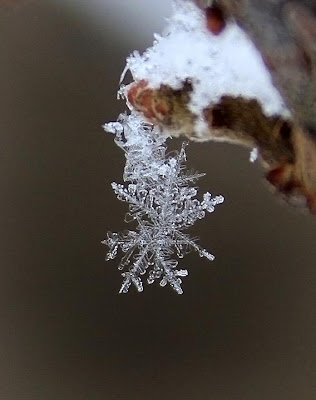 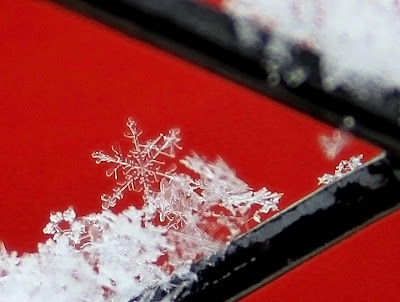 Belated - the Morning After the Blizzard 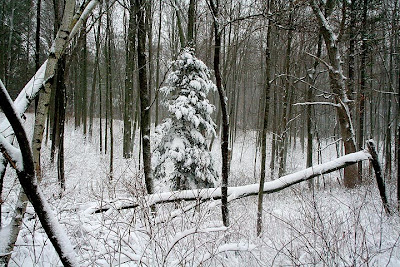 So I'm finally posting those pictures; of the foot of snow we got two weeks ago.
.
Clayton had to work for about an hour before he could get himself out of the driveway and our road up to the County Road at the top of the hill by the stop sign. (you'll see the stop sign in the pictures) That road up past the stop sign was plowed, but our road was not. I worked too; I did the harder work, I shoveled the path way in the front then the back deck most of it and then the end of the driveway after the snowplow when down our road several times. The Snowplow was 30 minutes later after Clayton left. I think he likes his new snow blower though. Man what killed me was removing the stuff the snowplow put in our driveway! Next time I will use the snow blower for what the snowplow pushes in. I actually got heat exhaustion...no kidding! sicker than a dog all afternoon after that. I got so excited about my first snow shoveling day I went overboard. Who would of thought!
. 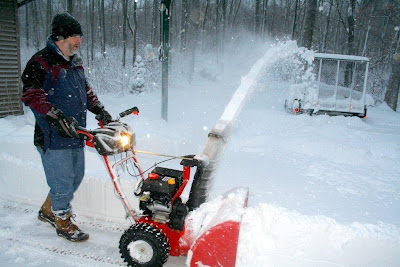 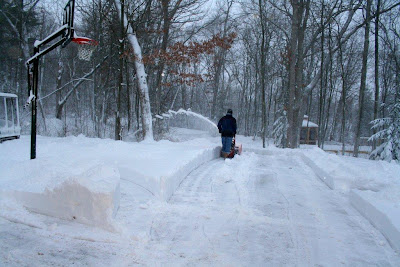 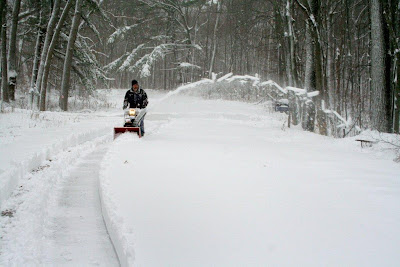 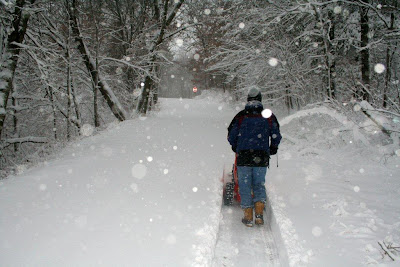 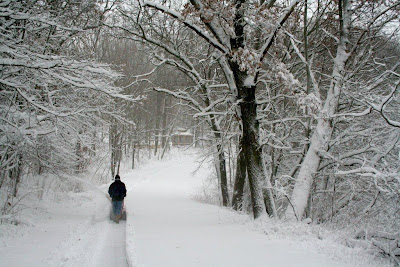 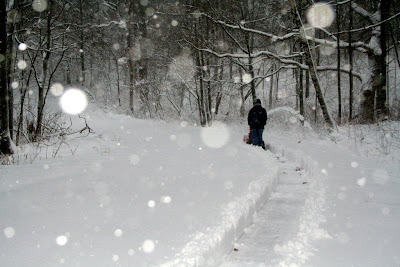 Blizzard Came - I went to California

Just and update! I didn't get a chance to post pictures, but I sure have some to put up here. I am now in California, here for a week of work! I call it Hell Week as the proposal that I am working on is the most stressful one of all in all my five years of working there. So along with that comes not enough time in the day to keep up on the fun stuff in my life; like posting pictures and taking new ones. Check back at the end of the weekend, and hopefully Sunday I'll get some pictures of the snow up. Along with the snow pictures I'll have some of the weekend here in California, I went to the beach while visiting my best friend and her son. It had been raining all day on Saturday, but cleared and stopped raining just long enough for us to go down and enjoy the beach and get some fresh sea air and play with Ian who is just over 2 years old and LOVES the beach.
Posted by Laura at 7:30 AM 2 comments:

A Blizzard is coming....

Ok so today it snowed mostly all day and we have a good 2 inches right now, the grass blades in the lawns have been buried and there is nothing now but a nice white blanket of snow. Clayton went out on his lunch hour and bought a snow blower today at work, so he can blow himself out of the driveway tomorrow morning to get back to work. Not sure how he thinks he'll be able to drive through the snow on the roads around here, they don't get plowed till like 11AM. We are expecting to get 6-10 more inches of snow, with high winds and 40-45 mile an hour winds tomorrow afternoon. Whooo Hooo, can't wait till morning to see what it looks like out side. I'll post pictures in the morning if I can see anything but a snowy blurr. I'm a little excited; it's our first Blizzard together.
Posted by Laura at 8:17 PM 2 comments:

Learned something new; and tried an experiment last night. It's called the 'Zoom Effect' done with the camera while taking the picture. Here are my first attempts. I'll will do this more and when I come up with something really awesome I'll post again. But all I did was set camera on tripod and used the self timer setting then once the exposure started I zoomed in or out and this is the effect. Zoom on!
.
First image is our Gazebo with icecycle lighting;
the second is of course our christmas tree.
. 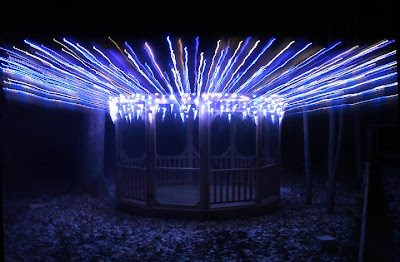 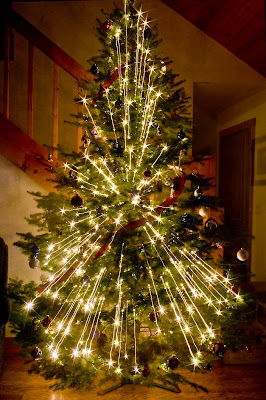 Well it's finally starting to snow, not too much for the first of it, then this weekend I don't think we'll get more, but it's not supposed to warm up much past low 30's so I'm sure it will be sticking.
.
I took two pictures close to the same location from the snow fall we had in October to compare with the snowfall now and the difference in leaves in trees! It’s going to be a winter wonderland soon.
. 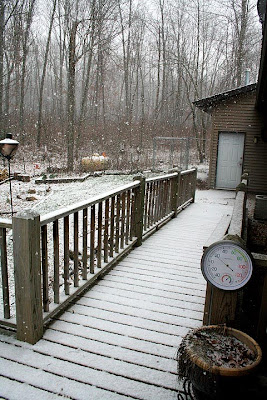 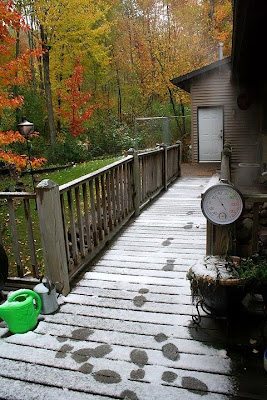 Pictures above, Notice it’s 10 degrees colder now. Was 30’s in Oct. now it’s 20’s. Not expected to really go above freezing but by Saturday morning is will have stopped. However if there is alot more snow when I wake up I'm sure I'll post a new picture. Right now as I type this it's about 17 degrees. 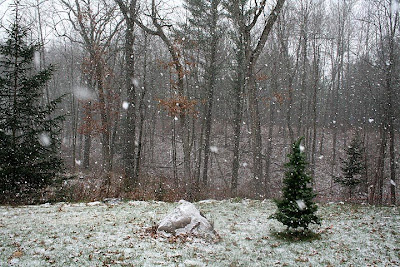 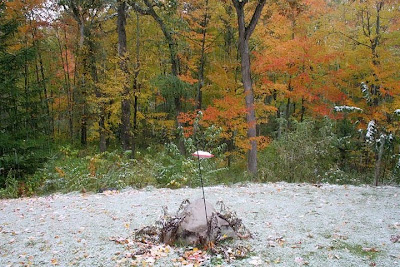 Oh and that little tree next to the rock in the front came with the house, and we have white lights on it; it's fake!

Also here is a picture of Sparky he loves to sit in the window and look out all day. (untill I make him look at me) 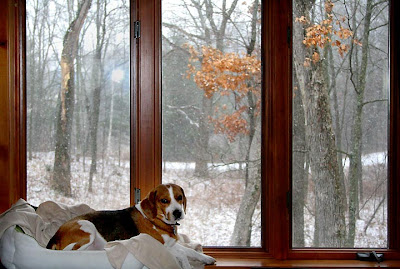